Press articles and various reports of our work.

In a dignified ceremony, the official foundation stone for the Maximilian Reinelt Zentrum was laid in the town of Togokomé on Lake Togo. The inauguration ceremony was presided over by the Mayor of the capital Lomé, Dr Amaglo Games. He had previously gifted the land for the centre to the German Rowing Association. The Minister of Sport, Balikissou Tchakondo, underlined the importance of the project for the region and its exemplary character in combining sport, medicine and education.

It was particularly touching for everyone involved that Helmut Reinelt, the father of the London 2012 gold medallist in the men's rowing 8+, Maximilian Reinelt, performed the inauguration. Not only was the foundation stone laid in the presence of the numerous guests of honour and local interested parties; in a special gesture of appreciation to the medical doctor Max Reinelt, who had planned to help build the rowing centre in Togo and to assist with the improvement of medical services, his father and the Minister of Sport unveiled a specially made bust.

The ceremony also included the presentation of the sporting future, the young rowers from within the region and of the national federation on Lake Togo. As an inspiration for future generations of national athletes, also present was Togo's own Claire Ayivon, a 2016 Olympian and again a competitor in Tokyo this year. Shore Supported by an IOC scholarship, she had trained in Potsdam for some time, and at the foundation stone ceremony, she talked about her ambitions for the sport in Togo. The rowing boats currently in use here were donated by Germany and shipped to Togo through the organisation Projekt Westafrika e.V. (http://www.projekt-westafrika.de). The next stage in the construction of the centre, which is to be built using a multifunctional container construction method (pdf construction plan), is a roofed shelter for the fragile rowing boats. There is also a need for more boats and other sports equipment. Donations are channelled to the project through the Projekt West Afrika and the German Rowing Association.

A delegation from Germany made the journey to attend the ceremony for the laying of the foundation stone. They included: Georg Müller, Johannes Peter, Chris Adlung, Heinz-Dieter and Bärbel Hufnagel, as well as Mario Woldt. They engaged in many conversations with the Mayor and with doctors who have pledged their support to the Maximilian Reinelt Zentrum. The event organiser, Akoete Sadogas, also established valuable contact to ChocoTogo, (https://www.chocotogo.com), a chocolate manufacturer with roots in charitable work with a focus on education and community development. 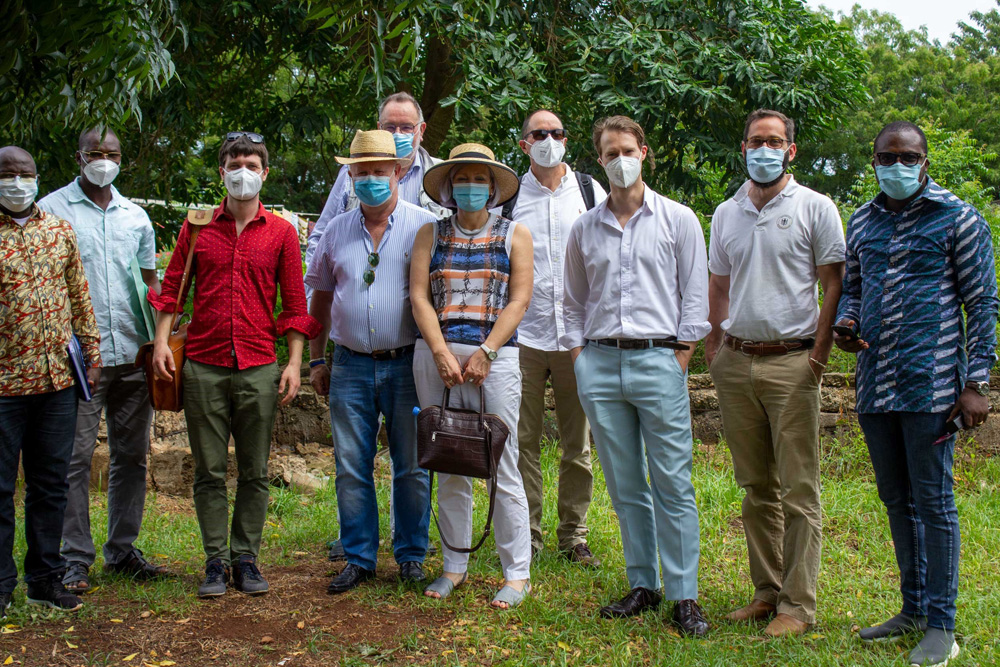 Visit by former Vice President of the Bundestag Dr. Johannes Singhammer with delegation in Togokomé 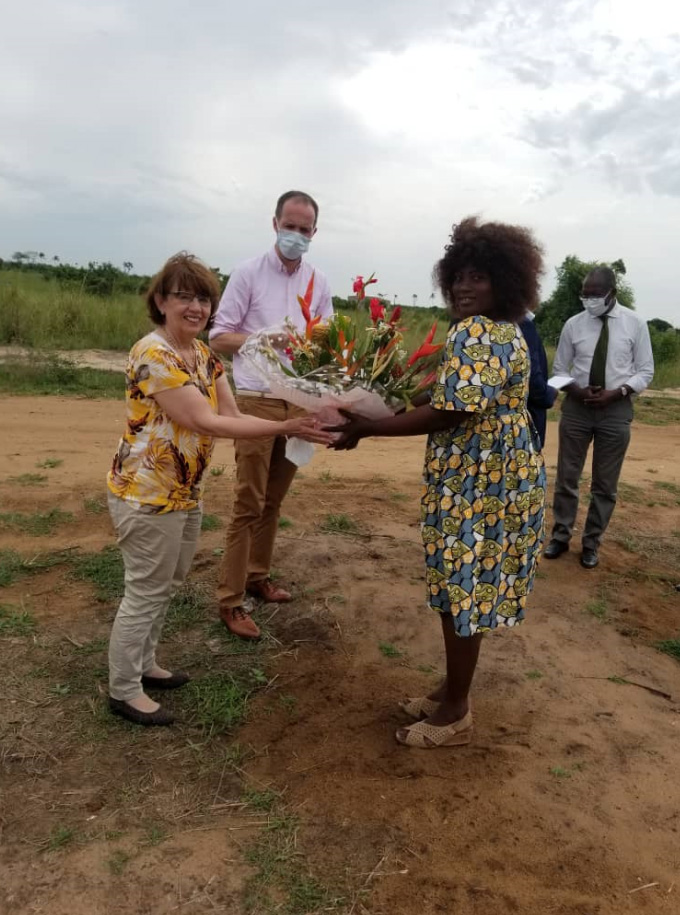 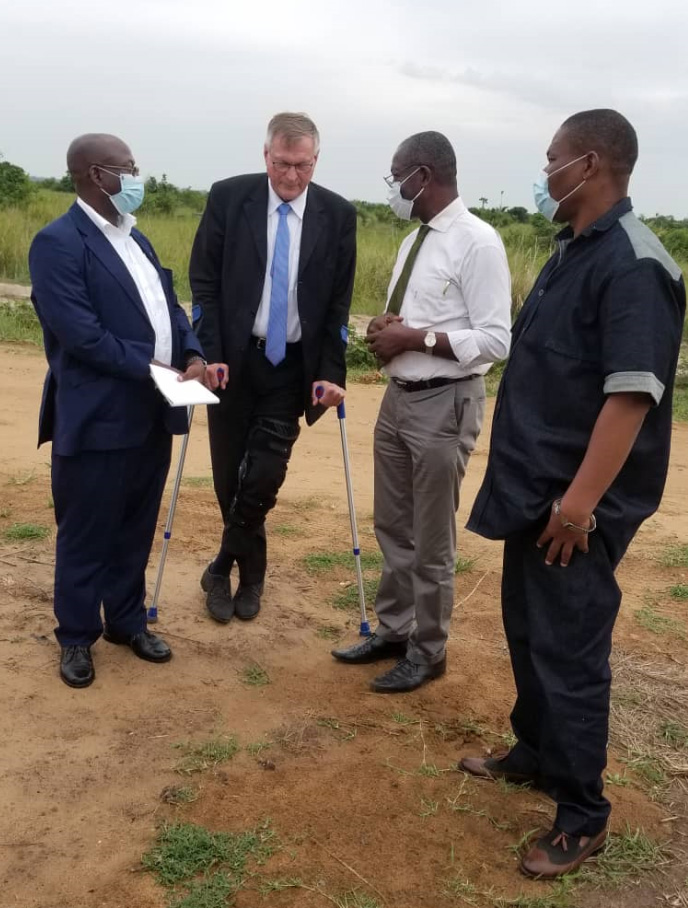 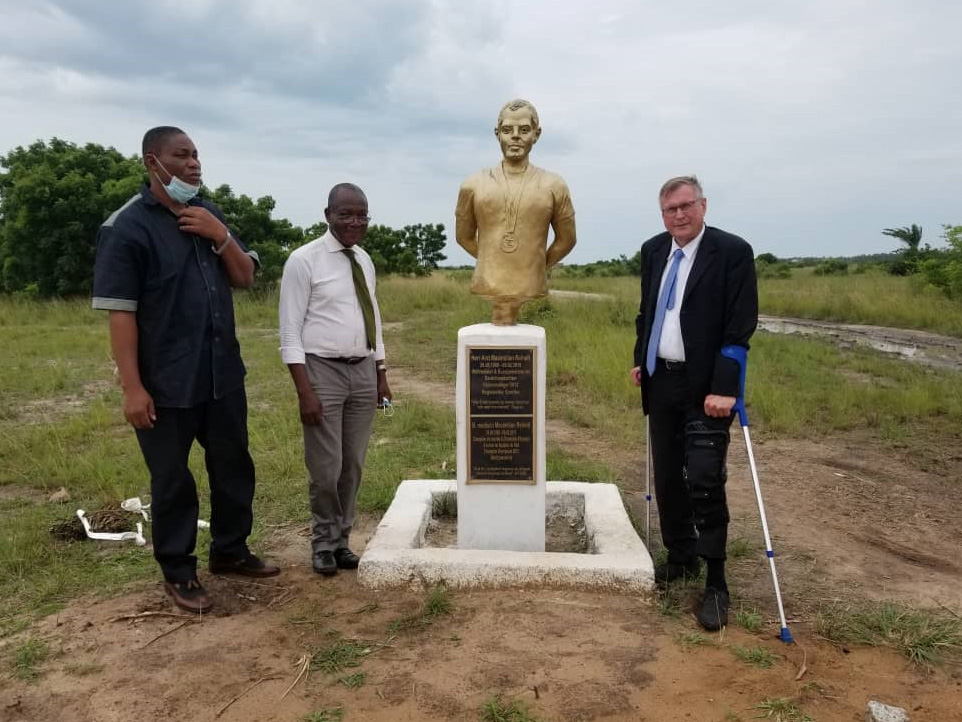 ChocoTogo and the Maximilian Reinelt Zentrum

ChocoTogo is organisation based in Togo which makes chocolate sourced from within the region and under fair conditions, with a special focus on providing the people living in the region with opportunities. Komi Agbokou, the general manager of ChocoTogo, is very enthusiastic about the concept of the Maximilian Reinelt Zentrum, and he has expressed a desire to make a substantial contribution to the project through his organisation's two locations.